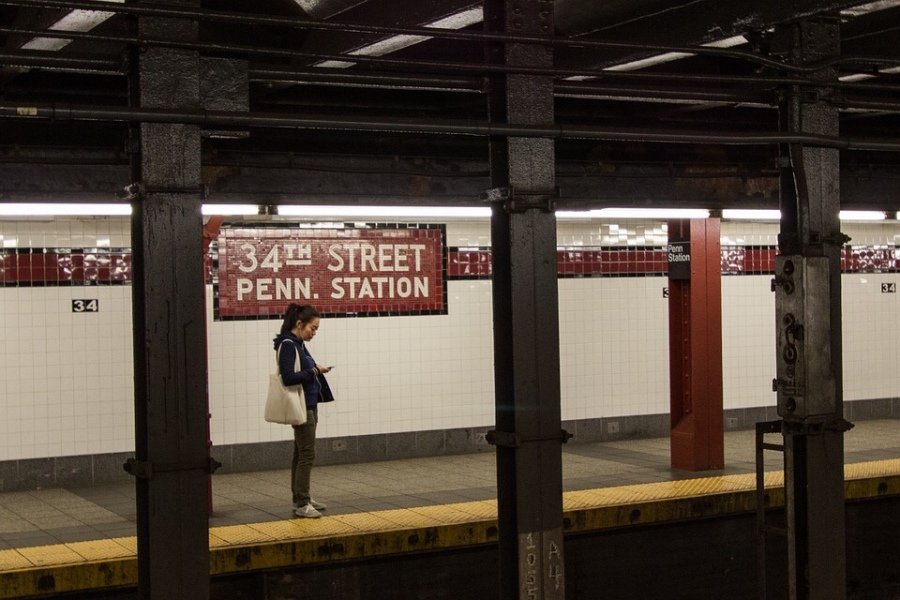 This is my second post taking place in a Starbucks. Hey, don’t judge the caffeine addiction, please.

I’ve been thinking a lot about gratitude lately. Admittedly, it’s mostly been self gratitude, y’know, self love. But at the busiest hour, in the busiest Starbucks I’ve visited in some time, something kinda magical happened. Not once, but twice in the time that I waited on line, ordered my grande unsweetened iced coffee, and picked it up from the guy directing traffic at the drink table.

I was next to order. Cursing under my breath (ok, somewhat audibly) at the crowd in Penn Station at 9am before I caught a train to Jersey for a funeral. Most people are first getting to work at that time, but I was going against traffic, leaving the city after putting in 2 solid hours of work bright and early. I had skipped breakfast- for the 3rd time this week- and as someone prone to severe “hanger”, knew I needed a pick me up to get me through a tough day.

I was tapping my commuter-shoed toe impatiently, while the guy in front of me ordered his beverage of choice. I wasn’t paying attention. Until I heard it. He said, “You guys are doing a great job here today”. He said it. To the cashier. There were about 9 people – or shall I say baristas?- behind that counter. It was pure organized chaos. This is NYC- birthplace of the obnoxious customer. And this above middle aged, plain looking, not memorable in any way man just went out of his way to tell the somewhat fairly paid, man-bunned coffee clerk that he was crushing his job. Time stopped. I was jarred back to the here and now. Disbelief was an understatement.

The order taker was similarly shocked and didn’t have time to say much besides “I appreciate that” before the gentleman side stepped down the line to pick up his electronically labeled, hand crafted drink. I was left in his wake, and the barista and I exchanged a stupefied stare for a moment before I asked him if that happens often. To which he replied “actually, never”. And it hit me. We’re all in this thing. We’re all having a hard day, hard week, hard life. And none of us ever take a second to acknowledge that. To recognize the efforts others take to make our days/weeks/lives just a little bit better. It takes such little effort, and makes such a big impact. Why is it so hard to say “thank you” and really, truly mean it?

Man bun and I marveled for another moment before he took my drink order. He wished he could’ve done something for the benevolent stranger in return. He said “I really needed that today”, and I had a tear in my eye. Because, frankly, so did I, and I wasn’t even the recipient of the compliment!

I paid with my Starbucks app (almost at 400 stars- yippee), and moved down the assembly line to the makeshift drink pick up table (really Starbucks, can you help these guys with better infrastructure?). While I waited, still floating slightly above the cement tiles, I witnessed act of gratitude #2. A big boisterous looking guy had his arm around a dude in a green apron who was sweeping the floor. He told another employee- “ya know, this is the happiest Starbucks employee in the whole world. I never see him without a smile on his face.” He said it twice, wanted to make sure people heard it.

I heard it. And I couldn’t believe this wasn’t a neighborhood mom and pop owned coffee shop. This was Penn Station, people. High traffic, low personalization, in a chain store with 14k outlets, in a city of 8 million people. And there was kindness percolating everywhere. And it matters. It makes a difference. It’s important, and it’s something I don’t do nearly as often as I should.

I’m changing my gratitude practice. Self love is a goal, but appreciation of others serves a dual purpose. We have the power to improve peoples’ lives with simple words of sincerity, and at the same time, it helps us feel a heck of a lot better about ourselves.

My coffee may have lacked 4 pumps of simple syrup today, but it has never tasted so sweet as it does on this Jersey-bound commuter train

2 thoughts on “My New Attitude Toward Gratitude: Appreciation Can Cure A Nation”

What I’ve Been Commenting On